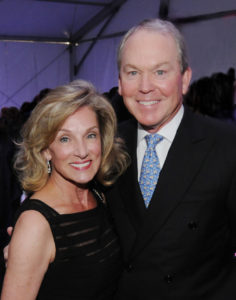 Nancy and Bill founded the Thompson Center for Autism & Neurodevelopmental Disorders in 2005 when their daughter Emily was working as a behavioral therapist with children on the spectrum.  They grew up in St Louis, met in high school, and have been married 52 years. They have been residents of California since 1981.  Bill retired from the board of CITI in 2009 and is currently Chairman Emeritus of PIMCO, where he served as CEO for 16 years.  They have three adult children and eight grandchildren and reside in Irvine, CA.

We use cookies on our website to enhance your user experience and to analyze site usage so we can further improve our website and marketing. By clicking "Accept" you agree to our use of cookies. Continuing without accepting cookies will limit the functionality of the site.AcceptDecline