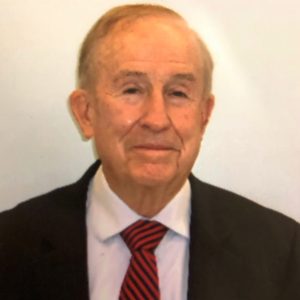 Ronald B. Ashworth currently serves as Chair of the Board of Directors of Mercy International Association based in Dublin, Ireland and has been a Board member since 2014.

Mr. Ashworth received a bachelor’s and master’s degree from the University of Missouri in Columbia. He currently serves on the MU Health Care Advisory Board and the Trulaske Dean’s Advisory Board of the MU Trulaske College of Business.

From 1968 to 1991 he was employed by KPMG Peat Marwick. He served in various leadership positions including National Director of the Healthcare Practice and Vice Chairman of Specialized Industries.

Since 2006, Ron has been an advocate for advancing autism issues in the State of Missouri. He was an active participant on the State of Missouri Blue Ribbon Panel on Autism which produced thirty-six recommendations to improve the lives of those impacted by autism. He also collaborated with health care professionals in California and Missouri and the Missouri Division of Developmental Disabilities to create the document which became the Missouri standard for autism screening, diagnosis, and assessment. He serves as Chair of the Board of the Thompson Foundation for Autism and also serves on the Thompson Center Advisory Committee at the University of Missouri.

We use cookies on our website to enhance your user experience and to analyze site usage so we can further improve our website and marketing. By clicking "Accept" you agree to our use of cookies. Continuing without accepting cookies will limit the functionality of the site.AcceptDecline